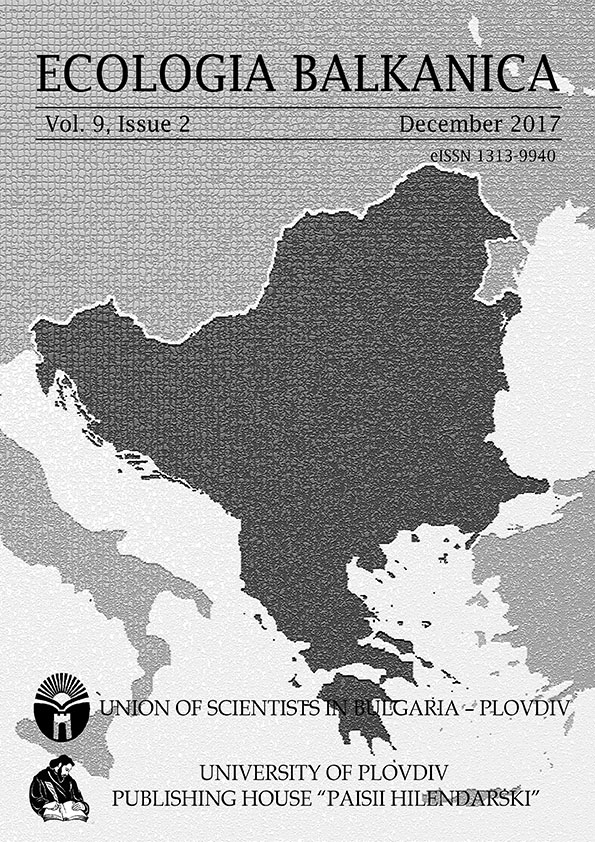 Abstract. The food spectrum of the Northern white-breasted hedgehog (Erinaceus roumanicus Barrett-Hamilton, 1900) was studied based on the number of specimens/fruits in its excrements. A total of 181 scats (19 food items) from hedgehog were collected in park "Otdih i Kultura" in Plovdiv City, Bulgaria and were analyzed during the spring-summer period of 2017. In the study area, the hedgehog consumed mainly beetles (Coleoptera undet.) - 49.19%, followed by the ants (Hymenoptera, Formicidae undet.) - 10.69%. The value of Berger-Parker dominance index was 0.49, which determines the hedgehog as a polyphagous rather than an oligophagous. The food niche of the species in Plovdiv City during the spring-summer season was with a value of 0.19.
Key words: food spectrum, Northern white-breasted hedgehog, Erinaceus roumanicus, Plovdiv City.